The Project works involved increasing the DNO/FSC supply capability of the incoming feeder stations and renewal of the track sectioning substations between Wood Green and Bawtry, disconnection of the existing boosters and converting it to a booster-less classic system with the existing earth converted to aerial earth wire with a new return screen conductor installed.

The route section between Welwyn and Hitchin was converted to an Auto-Transformer configured format. 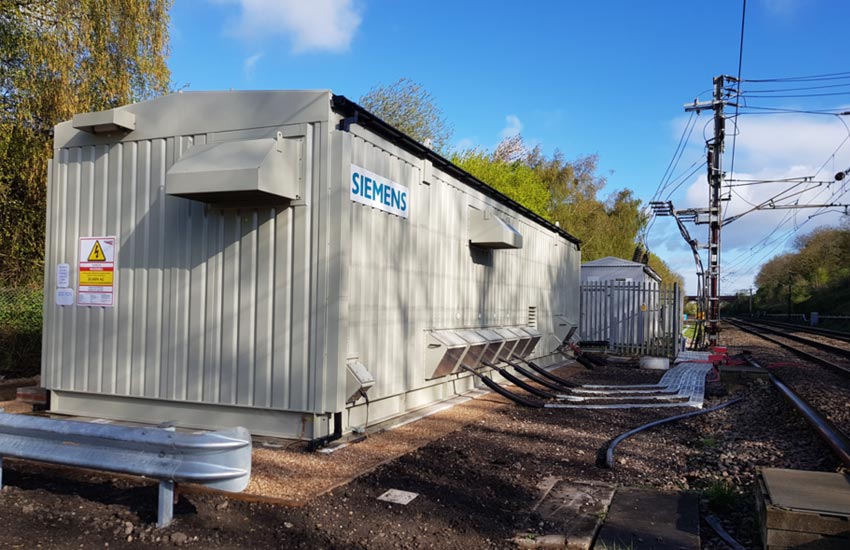 The electrified East Coast Main Line (ECML) was recorded to be handling substantial existing traction loads that were causing the system to be working at capacity, meaning that reinforcement was required in order to allow for enhancements to services such as the Intercity Express Trains and Thameslink trains.

The Power Supply Upgrade 1 (PSU1) contract for the East Coast Main Line was awarded to REAL Alliance in 2015 by Network Rail. The REAL Alliance is made up of Siemens Rail, Murphy, Network Rail, Jacobs, Tata and Volker Rail. WJ Project Services was brought on to the project to undertake the phase one works in order to increase the capacity of the system via the upgraded conversion of key system infrastructure as well as network and infrastructure testing and new installations.

The phase 1 works of the REAL Alliance East Coast Main Line project covered the area from Wood Green to Bawtry.

The conversion involved running a new return screen conductor along the entire length of the route after first converting the existing return conductor into an Ariel earth wire. We assessed the track bonding and appropriately modified it while also decommissioning and disconnecting the existing boosters on the line to allow the system to cater for the changes.

We also had the overhead line neutral sections converted into overlaps, as they were perceived to be a weakness to the existing system and conversion could help to increase the line’s overall capacity as desired.

We replaced the expired metal clad substations, which had come to the end of their life, with structure mounted outdoor (SMOS) systems around the Corey’s Mill area and Siemens air insulated ASG25 modular substations at all remaining locations on the route.

The Stevenage route sections between Hitchin and Welwyn Garden City are to be converted into a cabled auto transformer format. Additionally, Coreys Mill’s single pole supply, installed in the 1990s as the first 400/25kV supply, is to be energised as a two pole supply to finally allow for full +25kV / -25kV Autotransformer supply output.

There were also extensive conversions undertaken at Digswell and Biggleswade in order for the new Accelerated Distance Protection (ADP) scheme to work. The ADP scheme is designed to reduce tripping times when an OLE fault is detected, reducing potential system damages.