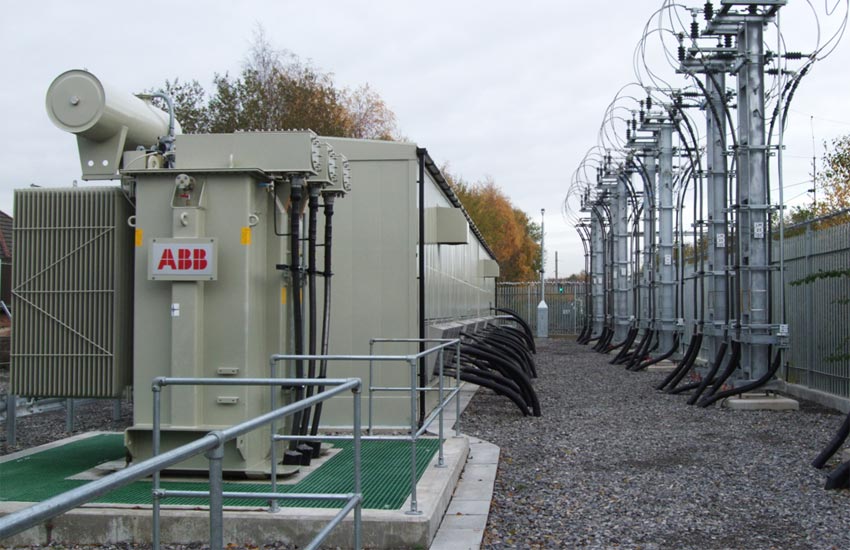 As part of a larger electrification programme, the North West Electrification Project aimed to reinforce the existing electric infrastructure on the West Coast Main Line while introducing new electrification installations between Liverpool and Manchester.

The first phase of the electrification project involved electrifying the Chat Moss lines from Castlefield Junction to Parkside Junction as well as the installation of two autotransformer distribution sites at Ordsall Lane and Willow Park, utilising the IEC 61850 protection control system.

A traction power supply system, initially implemented as a 6kA fault level 25KV Autotransformer system, was installed which is derived from Willow Park's single-phase ATFS supply was installed as part of Phase 1 of the project. The installation was then converted to a 12kA fault level 25kV – 0 – 25kV AT system.

The 132/25kV in-feeds situated at the Parkside Feeder station were moved to the new site at the Willow Park ATFS substation, with track feeders transferred shortly thereafter, and the existing Parkside station decommissioned.

The new substation at Willow Park, as well as the one at Ordsall Lane, were both modular buildings containing a Siemens 8DA12 gas insulated switchgear and Siemans Siprotec and Schneider Relays to act as circuit and equipment protection. The Invensys SCADA equipment control system is being trialled alongside the IEC 61850 network system.

At the two brand new sites, our team utilised the development of a Rationalised Auto Transformer Scheme within a 61850 network system. This was in order to allow the testing team at Network Rail to perform pioneering, innovative new testing techniques with a GPS-linked Omicron system. The Omicron system was linked to GPS signals, which allowed the system to simulate fault conditions at the two sites.

In order to verify the system that was put in place, our team performed a series of section proving tests as well as short circuit testing. These tests verified that the new electrified system’s infrastructure was working as it should be and would hold up under the pressure of intended usage.