This work forms part of NWEP phase 3, and specifically the route from Preston Fylde Junction to Blackpool North.

From Preston to Blackpool North the route was newly electrified with: 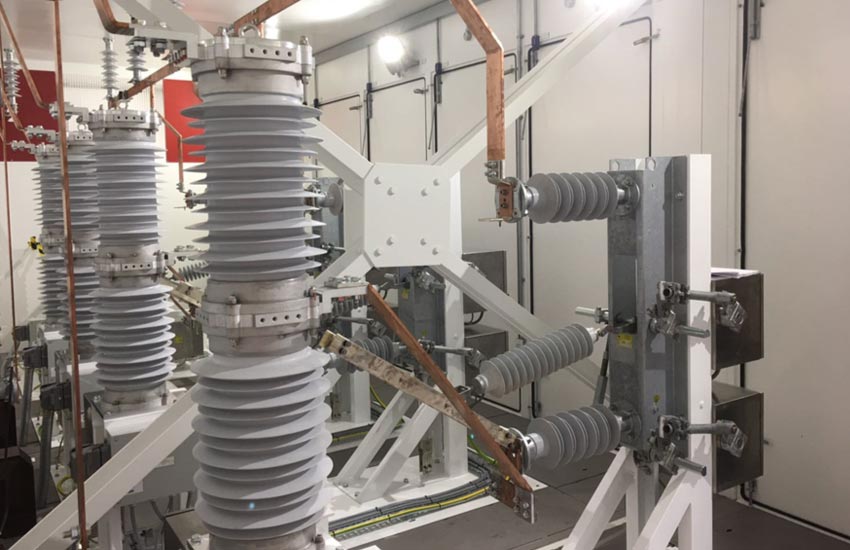 WJ Project Services were pleased to be a part of the phase three of the North West Electrification Programme, which involved the electrification of the route between Blackpool North and Preston. The project involved installing new 25kV AC overhead line equipment (OLE) as well as remodelling the track at both the north and south junctions at Kirkham and Blackpool North Stations.

The new OLE equipment connects to the existing equipment at Preston Fylde Junction, extending to Blackpool North with the use of a booster-less system with an aerial earth wire. As well as the OLE installation, the project also involved the installation of two new substations to help run the system, located at Blackpool TSS and Kirkham North TSS. We also introduced new feed connections from Preston TSC in addition to various sectioning isolators and insulated overlaps situated along the length of the affected route.

Line work and testing done along the route included section testing between Blackpool North and Preston Junction, short circuit testing to ensure compliance to Network Rail and industry standards, and the running of test trains along the route to ensure the newly upgraded track was fit for purpose and could be used by commercial passengers.

Each element of the works was carried out using detailed Network Rail approved documentation to undertake, test, record and verify compliance at each stage of the project.

The first electric train, a Class 390 Pendolino electric multiple unit (390152), ran on the newly electrified tracks on May 14th, carrying the WJ Project Services team of expert engineers from Preston to Blackpool North to inspect the new OLE.

Following the test run, the operation of electric trains was introduced on the route from Blackpool North to Preston.