Provision of other associated equipment and services. 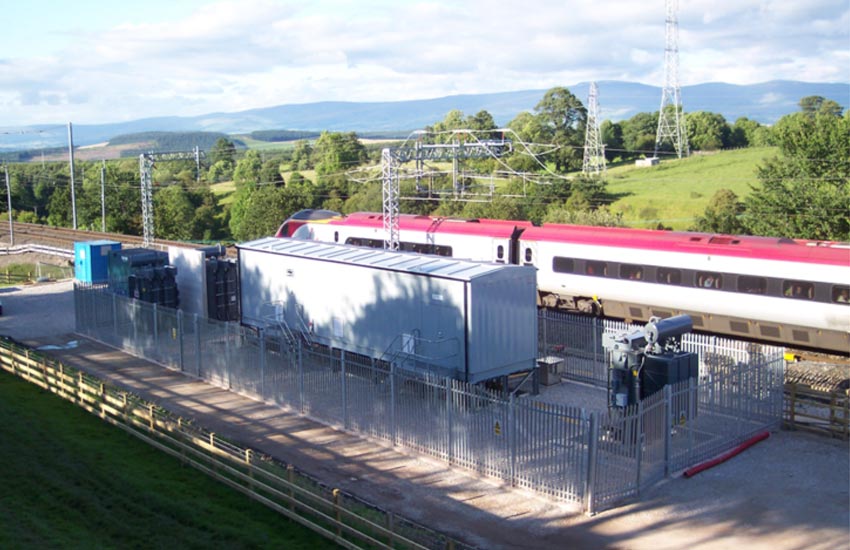 Network Rail West Coast is undertaking a large-scale investment project to upgrade the OHL Power Supply System on the West Coast Mainline.  The project involved the installation of eight new Autotransformer GIS substations and carry out the conversion of an existing GECMK1 building.

The West Coast Power Supply project is part of a programme of works to reinforce the electrification infrastructure along selected routes to permit operation of an enhanced train service.

The new traction supply comprises of a series of new 25-0-25 kV autotransformer power supply substations to be installed at specified Network Rail sites, as part of the West Coast Autotransformer Project.

The project has involved the installation of 2 new Autotransformer Feeder Station (ATFS) buildings.  The biggest challenge of this installation has been the interface with the 400kV National Grid system.  The installation, test and commissioning strategy was produced to minimise outages of the 400kV system and allow system testing to be carried out jointly by both parties.  The key to this successful interface was the careful planning by the testing team well in advance of the site works.

Network Rail’s West Coast Mainline Overhead Line Power Supply Upgrade investment project was a large-scale project to not only convert an existing GECMK1 building, but also to install eight brand new Autotransformer GIS substations in addition to two Autotransformer Feeder Station buildings along the West Coast Mainline. The project was commissioned by Network Rail as part of ongoing infrastructure reinforcements along selected Network Rail routes, with the end result being the running of an enhanced electrified train service along those reinforced routes.

As well as the eight new substations, our team of engineers also oversaw the installation of two ATFS buildings. This installation presented a few challenges, the most substantial of which involved the National Grid system interface and the potential for outages to the 400kV system.

WJ Project Services’ engineers produced a testing, installation and commissioning strategy that was specifically crafted in order to minimise outages to the system while allowing joint testing to be undertaken. The key to the success of this interface was by far the meticulous advanced planning undertaken by the testing team in advance.

The team was with the project from the pre-commissioning and installation stage all the way to final testing, including overhead line testing, section proving and circuit testing, which was required before the newly upgraded line could be put into service.

The successful testing was fully documented and results, testing plans and itemised faults were outlined and fixed as part of our testing services. After the successful completion of the testing phase, the line was put into service for commercial use after minimal downtime.

The key to our prompt success was the integration of resources from WJ Project Services, as well as the ongoing attention to detail and detailed plans of action to follow the brief as precisely as possible to the client’s specifications.

Our team of engineers work in tandem with each other, seamlessly performing complex and innovative procedures and testing schemes to the letter, crafted with the best interests of the client and Network Rail infrastructure in mind.