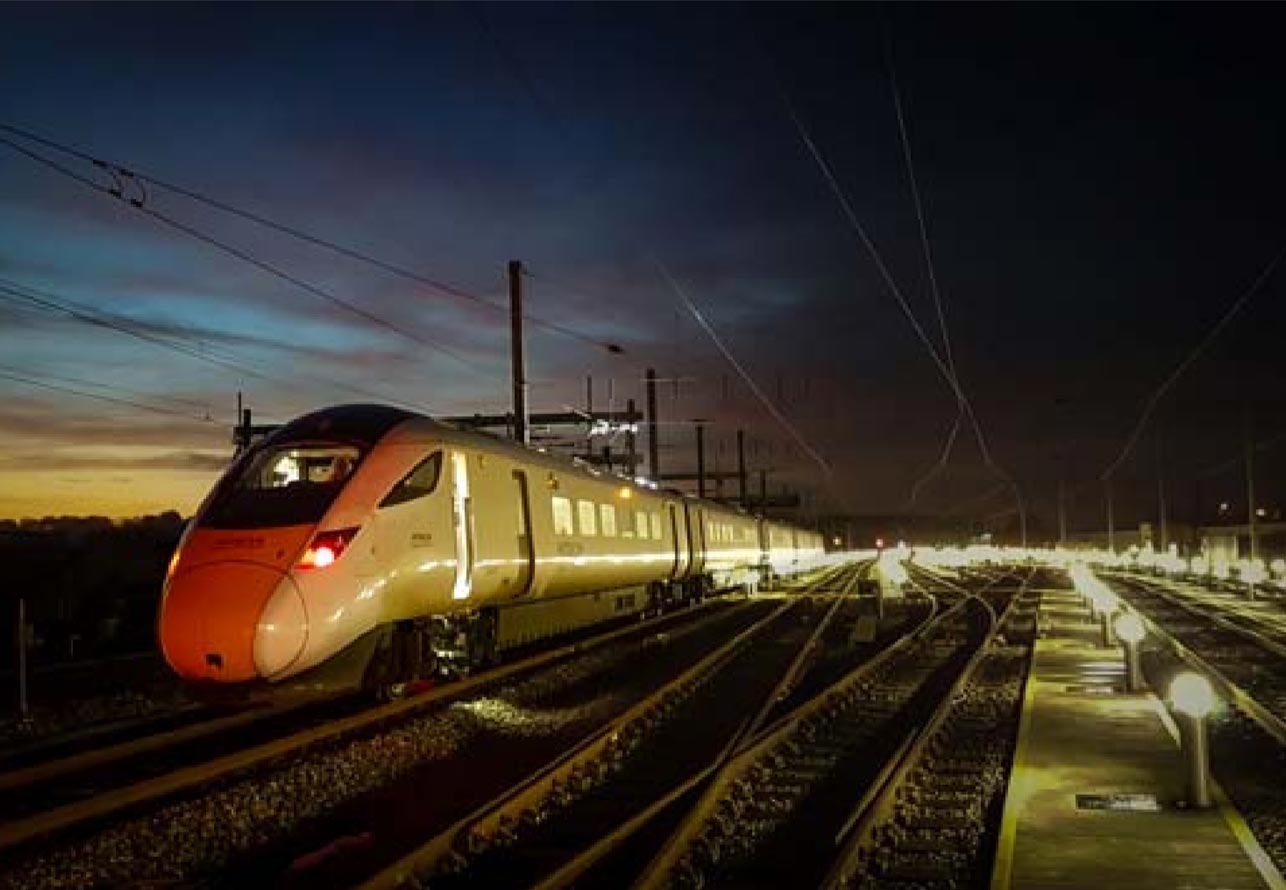 As part of the Great Western Electrification Programme, we have recently undertaken and completed full dynamic testing of all overhead line equipment (OLE) in England with the collaboration of Hitachi Rail Europe.

The final dynamic test shift in England was completed during the weekend of 16th February on the section of railway line between Chippenham and the Wootton Basset Junction.

The Electro-Magnetic Compatibility (EMC) of the railway infrastructure is also tested using an electric train to draw on the 25,000V of the OLE system. This test allows the team to determine if the process of running an electric train on the OLE will unintentionally operate the signalling and telecom systems that are located at the line side of the railway due to induced currents.

What is Dynamic Testing?

Dynamic testing involves test trains being run on the lines in order to test the system's performance. Specifically, the dynamic test looks at the train’s pantograph, which is mounted atop the train and collects power through contact with the overhead wire, and the contact wire.

During the dynamic testing, the test train that was run on the tracks covered each and every mile of the Greater West Programme’s overhead line infrastructure in England, travelling at the standard line speed of a passenger train. Completion of all works related to our involvement with the project went as smoothly as we could have hoped for, with no major safety incidents throughout the whole duration.

Speaking about the completion of the works, Simon Gardner, Director of Engineering at Network Rail said:

"The purpose of dynamic testing is to identify any faults or issues with the OLE that could prevent Network Rail from providing a safe and reliable railway for passenger/freight use.

"Led by the testing and commissioning team (WJ Project Services), the collaboration across Hitachi Rail, Great Western Railway, Network Rail testing, and Thames Valley Signalling Control logistics has been exemplary and the key driver towards reaching this major achievement."